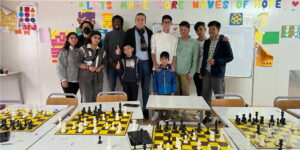 started out small – a few young refugees at Camp Ritsona in Greece, meeting every evening to play chess. Their determination was inspiring and their love of the game was genuine: with only a few boards and a small group, they found hours upon hours of entertainment and learning. The Refugee Chess Project was designed to ride the wave of this passion, using chess as a game to bring together refugee youth, introduce them to volunteer students, provide supplies and support, and expand skill-sets. Today, projects exist in three Greek refugee camps: Ritsona Camp, Malakasa Camp, and Nea Kavala Camp. Fully equipped with boards, people young and old are given regular online classes by professional chess player Michal Kanarkiewicz. This opportunity is soaked up by many who are keen to learn and delighted to achieve distance from harsh realities within the camp.

is expanding well beyond this initial tale of local perseverance, and a year-long professional chess project is now in the works. The Refugee Chess Project hopes to create a strong, united community of chess-playing refugees. 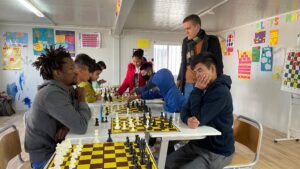 On the 17th of December in Athens

20 best players from the Ritsona and Nea Kavala camps had the honour of meeting and playing chess with Mr Anatoly Karpov, the 12th World Chess Champion. Mr Karpov played a simultaneous game with all the participants, for whom this was an opportunity to test their newly gained skills. Later, Mr Karpov signed the chess boards they were playing on and these chess boards, as well as pieces and professional chess clocks were then gifted to the participants from both camps. The event was a huge success, being an incredibly valuable and enjoyable experience for every person involved. 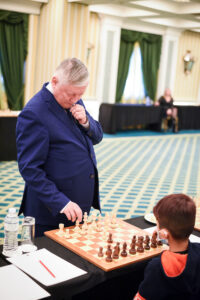 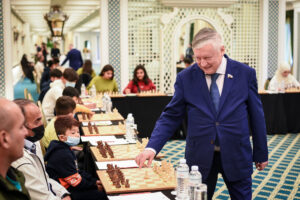 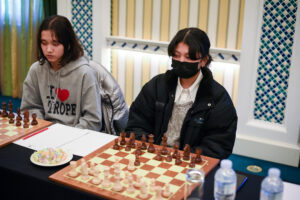 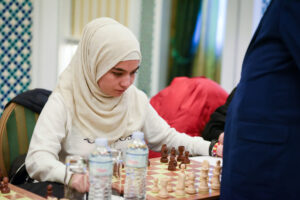 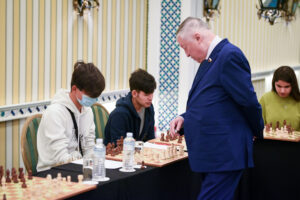 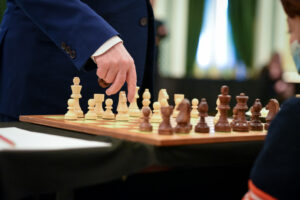 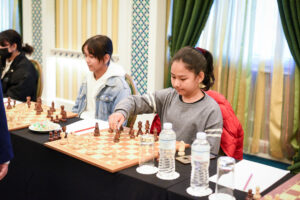 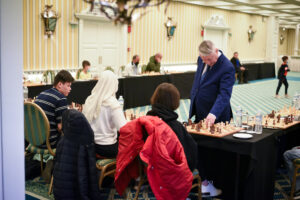 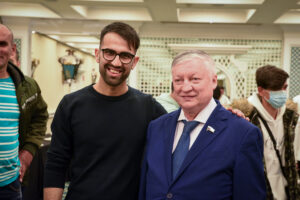 Regardless of experience or background, players of chess are face each other on equal terms, sharing in the common thrill of beating an opponent on the board. This was the reality our Refugee Chess Project volunteers learned first hand on the ground, and we trust this experience will continue to hold over the exciting year ahead. 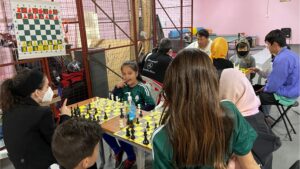 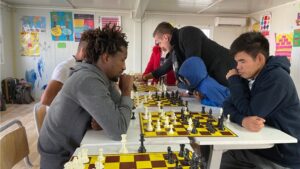 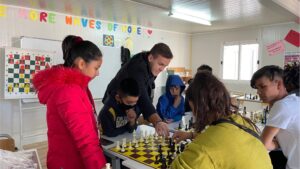 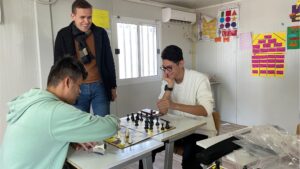